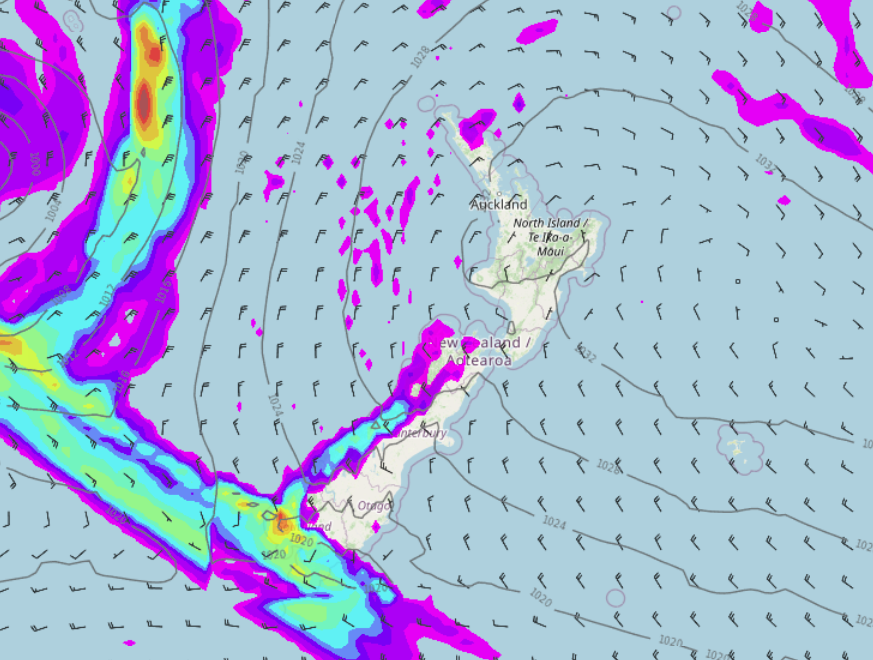 A ridge of high pressure brings mainly settled weather to the North Island today, a north to northwesterly airflow for the South Island brings showers in the west and dry weather in the east with warm temperatures. Some rain for Southland though thanks to a front moving in from the south.

Northland, Auckland, Waikato & Bay Of Plenty
Morning cloud breaks to afternoon sunny spells, Coromandel through to eastern Northland may see a light shower or two. Inland Bay Of Plenty and southern parts of the Waikato may have a mostly sunny day with a cold start, perhaps a fog or mist patch first thing. East to northeasterly winds.
Highs: 15-16

Western North Island (including Central North Island)
Mostly sunny with north to northwesterly winds, some cloud may catch coastal Taranaki and especially Kapiti. Kapiti may even see a light shower or two.
Highs: 12-16

Marlborough & Nelson
Mostly sunny, cloud for Nelson at times. North to northwesterly winds may be a little gusty in the afternoon for Marlborough.
Highs: 15-17

Canterbury
Sunny for most, partly cloudy skies about the Main Divide with a spit or two possible spreading from the west. Northwesterly winds, breezy in the afternoon.
Highs: 16-19