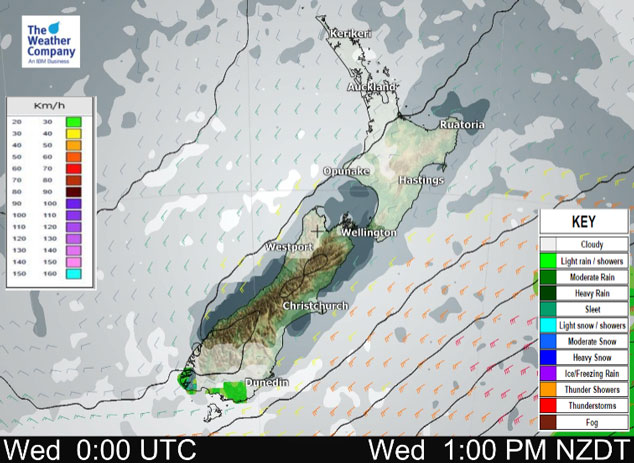 Cold southwesterlies ease over the country today with an anticyclone pushing in from the Tasman Sea.

Western North Island (including Central North Island)
Partly cloudy, chance of a shower or two otherwise mainly dry. Light west to southwesterly winds die out in the evening, winds a little breezier about Taranaki during the day then easing evening.
Highs: 12-13

Wellington
Morning cloud then sunny, light winds tend to the south in the afternoon.
High: 11

Marlborough & Nelson
Sunny after a frosty start, heavy frosts for many especially inland. Light winds tend north to northeast in the afternoon.
Highs: 11-13

Canterbury
Sunny after a frosty start, heavy frosts for most especially inland. Light winds for most, coastal southwesterlies ease dying out in the evening.
Highs: 10-12

Southland & Otago
Occasional showers about Southland, easing during the day and clearing evening. There may be a light snow flurry or two to low levels (100 to 200m) in the morning then gradually lifting. Central Otago is mostly sunny after any morning cloud clears, any morning showers clear coastal Otago then sunny areas increase. Cold west to southwesterly winds ease later in the day. Heavy frosts in the morning about inland areas then again overnight.
Highs: 9-10 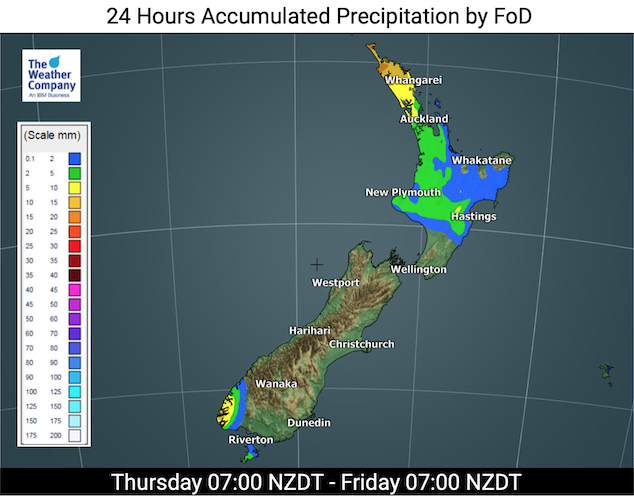