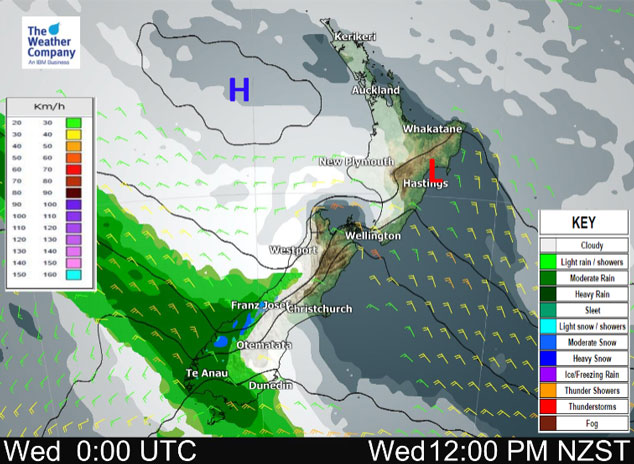 A west to northwesterly airflow lies over New Zealand today, a cold front and associated southwest change moves into Southland this afternoon then Otago this evening.

Northland, Auckland, Waikato & Bay Of Plenty
Cloud increases about Waikato in the morning, then Auckland and western Bay Of Plenty from afternoon. Finally some cloud moves into Northland in the evening, mostly sunny skies before cloud moves in. West to southwesterly winds.
Highs: 14-17

Eastern North Island
Sunny with northwesterly winds, gusty from afternoon for Wairarapa. Winds perhaps tending northeast in the afternoon near the coast for Hawkes Bay.
Highs: 16-19