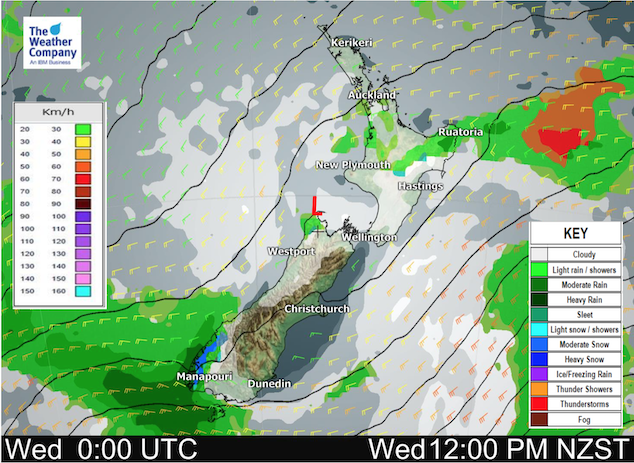 Northland, Auckland, Waikato & Bay Of Plenty
Partly cloudy, the odd shower. The Bay Of Plenty is mainly dry with only the risk of a shower in the afternoon spreading from the west. Breezy west to southwesterly winds.
Highs: 13-14

Eastern North Island
Early rain eases to the odd shower which clears in the afternoon, sunny spells increase after showers clear. Cool southwestlies die out in the evening.
Highs: 11-13

Canterbury
Sunny, light winds may tend east to northeast in the afternoon near the coast.
Highs: 11-13