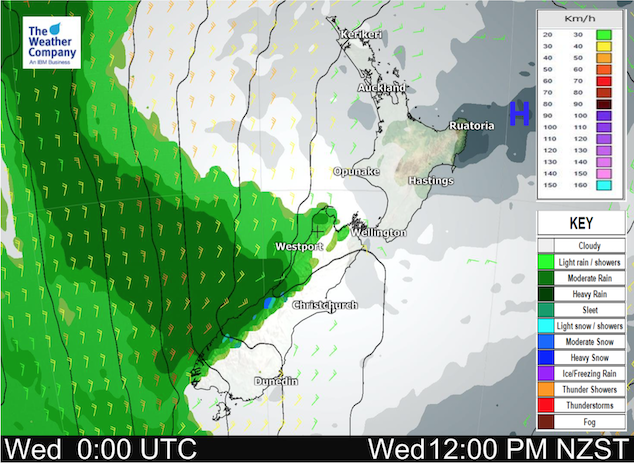 A northeasterly airflow lies over the country today, moving around an area of high pressure out to the east.

Northland, Auckland, Waikato & Bay Of Plenty
Areas of cloud, some sun at times. There may be some low cloud or fog about Waikato to start. Northeasterly winds.
Highs: 14-16

Western North Island (including Central North Island)
Mostly sunny with some morning high cloud then breaking away, also expect areas of low cloud or fog to start about some inland spots away from the coast. Winds are light.
Highs: 13-16