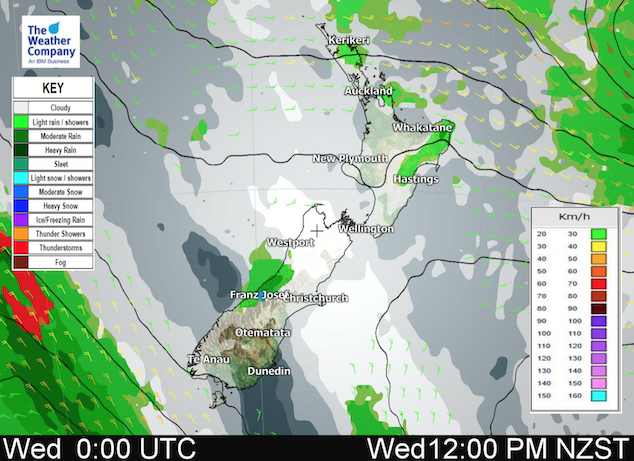 An east to northeasterly airflow flows over New Zealand today moving between a large high to the east and a broad area of low pressure to the north of the North Island.

Eastern North Island
Mostly cloudy about Hawkes Bay and Gisborne with the odd shower, Wairarapa has a mix of sun and cloud. East to northeasterly winds.
Highs: 15-17

West Coast
Morning cloud or fog about Buller breaks to afternoon sun. Further south through to about Haast expect a cloudy day with rain, easing from afternoon to showers. Fiordland is mostly sunny after a cold start although some cloud may start to increase from afternoon. Light winds.
Highs: 15-17