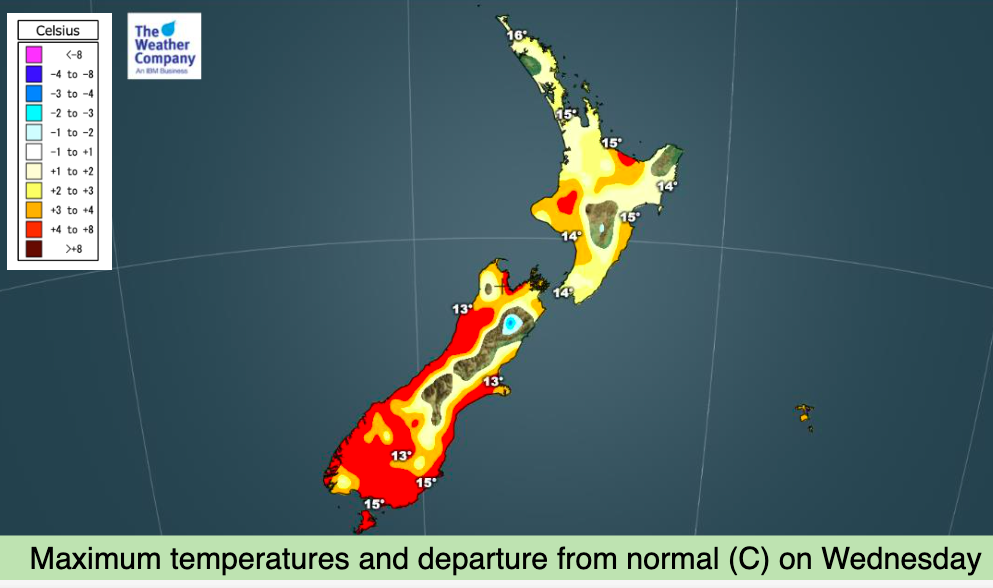 Milder airflows are moving up the country in a dramatic contrast to the winter blast just 48 hours ago.

As we first forecast last Friday, today will be milder than average compared to Monday’s below average day temperature-wise.

“Warmer than average doesn’t mean we as humans feel warm” says head forecaster Philip Duncan, “but it does mean that compared to temperatures recorded on this date over the decades, today is leaning warmer than usual”.

Light winds and clearer skies in some north eastern areas (of both main islands) overnight tonight means it still will be a bit cold, but for many others the cloudier, windier, weather from the west will lift temperatures up for a time.

Mr Duncan says cooler air is coming back as we go into the end of the week and weekend but won’t be as bitterly cold as Monday’s event was.