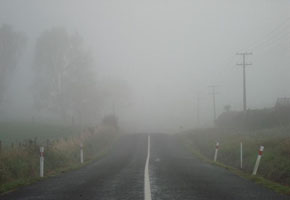 Our slow moving low pressure system lies off the east coast of the North Island tonight, this brings a south to southwesterly airflow over the island. The odd shower remains on the east coast and western areas north of Auckland. The South Island is mainly clear, a few showers affect the West Coast however and showers about the far south clear later this evening.

Northland, Auckland & Waikato
Mainly clear about the Waikato, a mix of cloudy and clear spells further north with the odd shower on the west coast north of Auckland.
Lows tonight: 6-10

Wellington
Clear spells increase, southerlies die out. Could be a patch or two of fog by dawn.
Low tonight: 7-8

Canterbury
Clear with some high cloud tonight, light winds. Could be some fog developing again before dawn.
Low tonight: 2-3