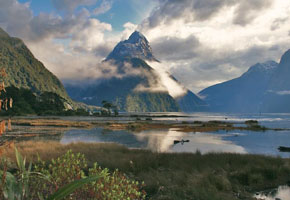 A southwesterly airflow lies over the country tonight, showers gradually ease for many in the South Island this evening and overnight. Eastern and northeastern parts of the North Island remain dry while showers pepper the west coast.

Cloudy spells with the odd shower at times, mainly in the west of the
Waikato and Central North Island. Towards dawn tomorrow morning showers may
become heavy about the Waikato. The Bay Of Plenty has mainly clear skies this
evening and overnight. Westerly winds.
Tonight’s Lows: 10-14

Mainly clear skies with west to northwesterly winds although there may be
an evening shower for the Hawkes Bay. Showers, some heavy move into the
Wairarapa this evening as southerlies freshen then showers move further north
towards dawn tomorrow morning.
Tonight’s Lows: 12-14

Clear spells, isolated showers about to which clear later this evening or
overnight. South to southeasterly winds.
Tonight’s Lows: 11-12

Showers a few of which may be heavy clear later this evening, light winds
tend easterly or southeasterly overnight.
Tonight’s Lows: 9-10

Weather Watch.. Come on where has our summer gone?  when are we going to get some decent weather instead of this crap rain, rain after cloudy skys and more rain…

Please tell us, when we will get the summer we had last year.. .and the Farmers… dont be greedy.. when its winter store your water for summer.. Stop your winding  .. bring on the decent weather .. what summer is made of .  thanks