Weather Video (Thurs) – A change to milder westerlies is coming 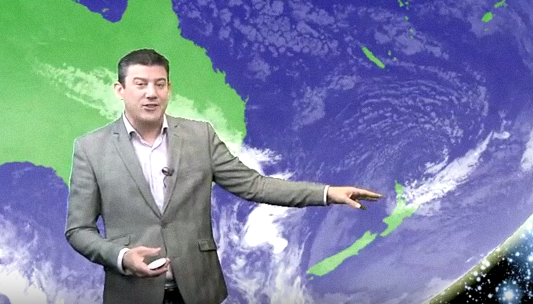 The week long cold snap across New Zealand is finally coming to an end and will be replaced by the same pattern we saw back in June and July – high pressure systems mainly to our north and a belt of westerlies crossing the nation.

As early as tomorrow, Friday, temperatures in the east of the North Island may bounce up to around 17 or 18 degrees – in stark contrast to the blizzard they had on Sunday and Monday at higher elevations.

While a burst of showers will affect the west and north on Saturday, Sunday looks drier (apart from the West Coast).

Next week is dominated by high pressure systems and westerly quarter winds for the most part.