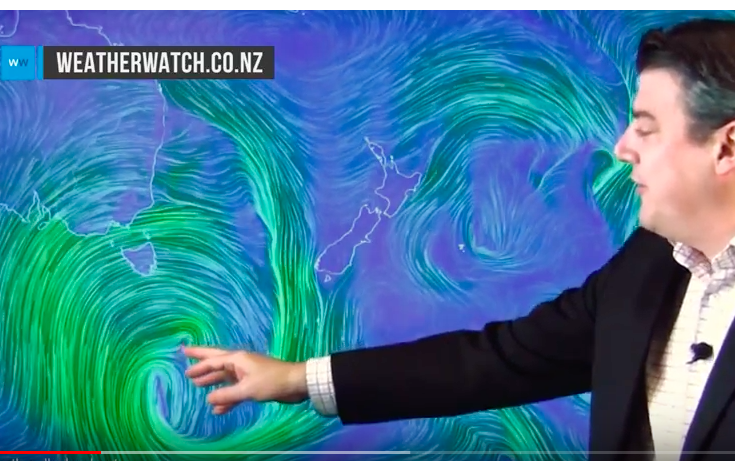 New Zealand has a classic spring set up this week with warm norâ€™westers blowing through with rain and showers followed by a cooler change for southerners.

The windy westerlies kick in across Tuesday and Wednesday and last until the weekend. Rain and showers will affect western areas, especially in the South Island closer to the deep low in the South Ocean which should track over Fiordland later this week.

Meanwhile the upcoming weekend also sees another big low crossing New Zealand – but there may be a large high behind it over Australia. Speaking of overseas, we also cross over to the Northern Hemisphere to track Hurricane Irma in the central Atlantic Ocean.

While Irma poses no immediate threat to the United States the long range computer models are showing anywhere in the east from Florida to New York may be impacted by another major tropical storm around about the anniversary of 9/11.