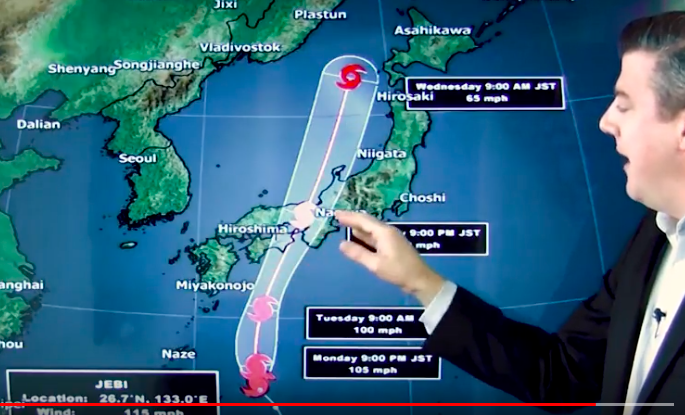 New Zealandâ€™s first week of spring is hardly changeable with a repetitive forecast that looks almost identical for the next week ahead plus the incoming weekend.

Basically high pressure will cover the South Island, gusty SE winds will surge off and on around Cook Strait / Central New Zealand while a low deepens off the Gisborne coastline making for a wet, cold, week in Wairarapa, Hawkeâ€™s Bay and Gisborne. Mainly dry elsewhere though.

We also head directly north to the Japan where Typhoon Jebi – the most powerful storm of 2018 – is about to make landfall.

While the storm is going to weaken a little further today it is still a major typhoon with wind damage and flooding expected in Japan over the next 48 hours.