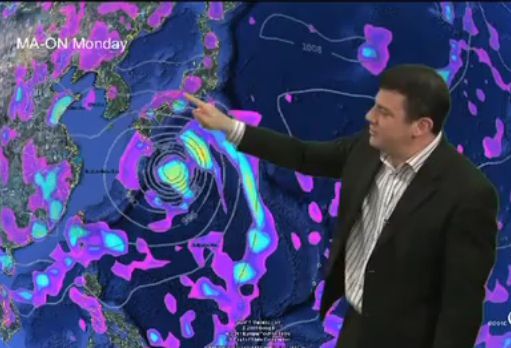 Weatherwatch.co.nz weather analyst Philip Duncan says the sunny, settled weather is to continue but, a low over the Tasman Sea is one to watch.

It’s likely to drift in with a few showers for northern New Zealand between Wednesday and Friday.  The low is fairly big but not aggressive.

Speaking of aggressive storms – we also update you on the latest Typhoon about to hit southern Japan tomorrow and a new Tropical Storm (now named Bret – it was named just after this video was made, wouldn’t ya know it!) which is east of Florida – but poses no threat to US soil.