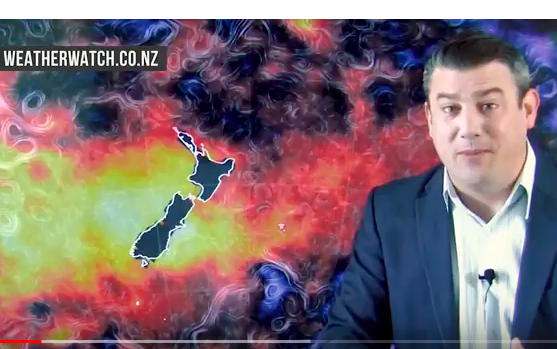 We kick off the first full week of December under more high pressure and mostly dry weather but this week has a few more twists than last week.

However in coastal Otago (and maybe coastal Canterbury) a cooler breeze over Tuesday and Wednesday may drop daytime highs into the late teens (early 20s in Canterbury) while highs closer to 30 continue inland.

Despite the brief early/mid week cooling phase for some coastal areas in the south most of New Zealand will remain hotter and drier than average this week – with even hotter weather possible at the end of the week ahead of some rain makers in the Tasman Sea – but these are likely to weaken as they move in, not bringing relief to all.

But perhaps most importantly we take a look at sea surface temperatures and discover that the sea temperatures between New Zealand and Australia are a staggering 6 degrees above average.