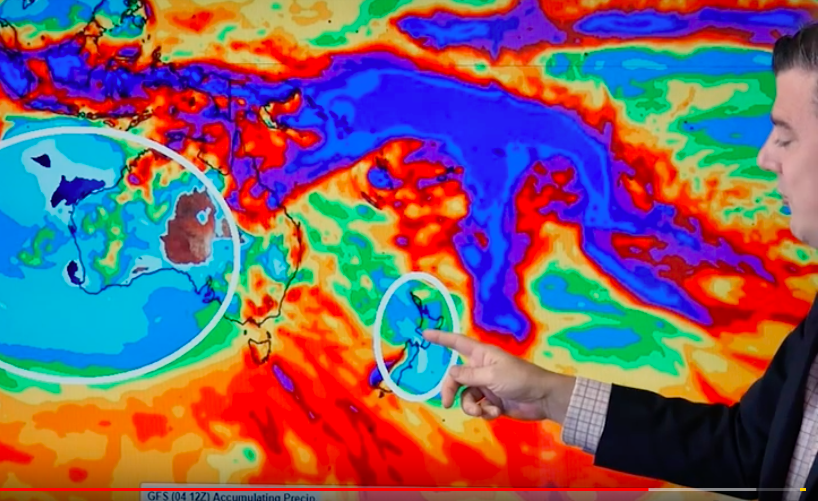 Wednesday is Waitangi Day and the forecast will be colder and cloudier for a number of main regions and about half of the country from the south right up the eastern coastline to about northern Hawkeâ€™s Bay.

These southern and eastern facing regions in both islands look much cooler with some several degrees below average.

Waitangi itself looks hot – as does much of the upper North Island where the colder change wonâ€™t reach.

Beyond that all eyes are on the tropics as low after lows starts to form there.

We also take a special look at the 14 day rainfall accumulation map – in other words, how much rain is coming to NZ and Australia and where will the highest chances for rain be and the lowest chances.