Weather Video: Big complicated low in Tasman Sea – we break it down and explain 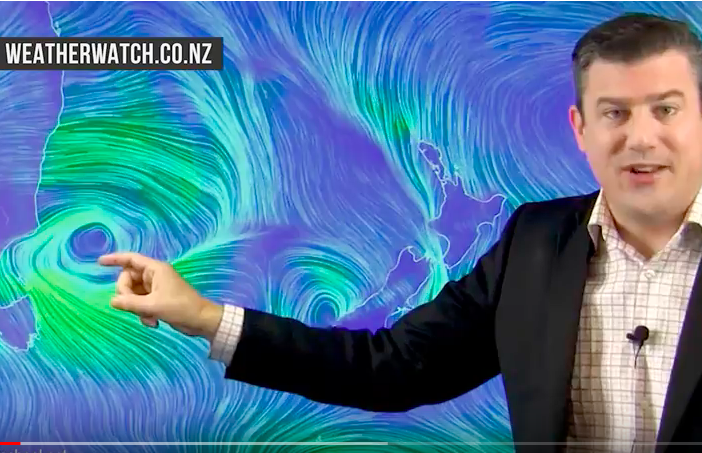 A large low in the Tasman Sea is set to bring stormy weather to south eastern Australia while at the same time drenching parts of New Zealand.
Itâ€™s a very big complicated system that is broken in two yet somehow still connected – with plenty of energy in the Tasman Sea bringing wind rain and increasingly rough seas over the coming days.
The main low itself wonâ€™t cross New Zealand until the middle of next week so expect a fairly slow moving but mild weather pattern over the coming several days.