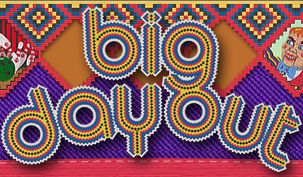 UPDATED 8:25am — WeatherWatch.co.nz says the forecast for today’s last Big Day Out in New Zealand is still looking mostly good despite the continued 30% risk of a shower.

WeatherWatch.co.nz predicts temperatures will be around 23 today in the shade but could still get very hot in the stadium if the clouds stay away.

However afternoon clouds are expected to build up and as we predicted earlier this week, there is the risk of an afternoon shower due to cloud build ups.

For those of us going up to Matakana for Bloom and camping for the weekend instead of going to BDO – will our poor tents get wet?