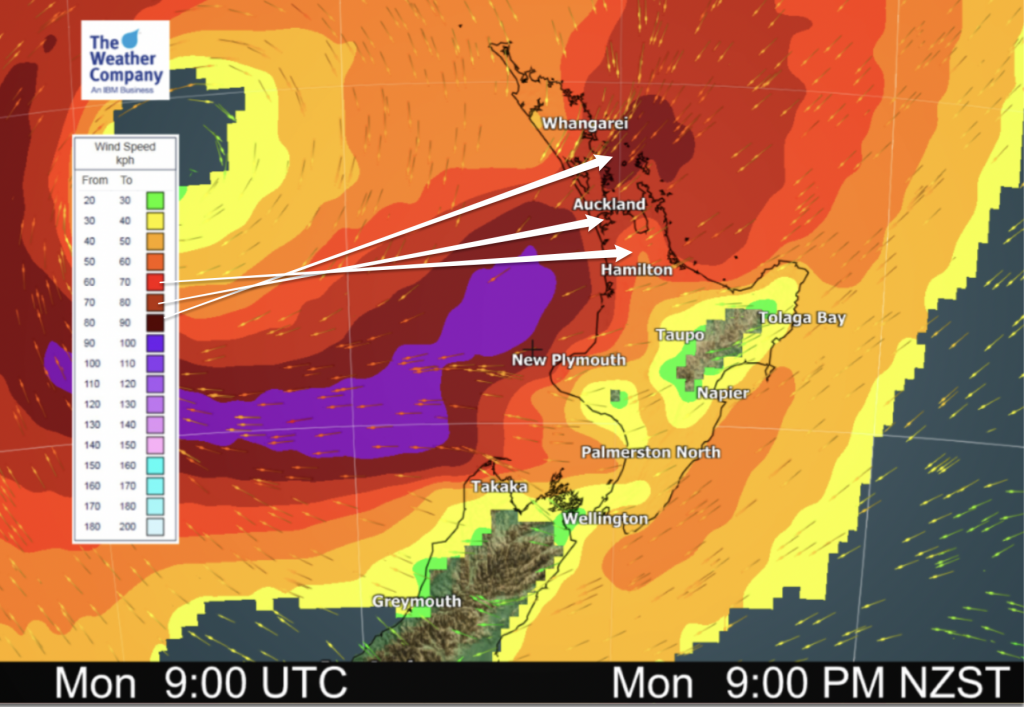 Expect a northeasterly airflow over the country on Sunday, freshening for the upper North Island. A high lies to our southeast and a big low to the northwest.

The upper North Island is mostly cloudy with showers pushing down from the north, rain moves into Northland in the afternoon, reaching Auckland around midnight. The east coast has some light drizzle, out west expect sun / high cloud.

The South Island has some cloud in the east, especially Canterbury with a few drizzle patches along the coastal fringe. Nelson and Marlborough have some sun but expect high cloud too. Southland and Central Otago has mostly sunny weather. The West Coast should be mostly sunny apart from a few showers for Fiordland, some high cloud in the north.

Frosty to start the day for the inner South Island and about the Central Plateau.


HEAVY RAIN FOR THE UPPER NORTH ISLAND ON MONDAY

A front pushing down from the northwest over the upper North Island on Monday brings some heavy rain, starting out for Northland in the morning, reaching Auckland in the afternoon then Waikato and Bay Of Plenty in the evening.

Hi Roy – thank you so much for the really kind comment, it means heaps to us know that we are helping those who are working outside in the elements. Hope this week isn’t too bad at your farm!
Cheers
Philip Duncan

Love your service. Not so keen on some of your maps. Your weekend rain maps for example, I can barely make out the word Auckland on one and cannot see the island outlines. Any chance of some improvement.
Thanks
Steve

Hi Steve, we’re a small free business up against THREE Government run commercial weather forecasters. We all collectively fund these three forecasters yet none of them provide free mapping. We have built what we can. The rain maps are best used as a guide – at a quick glance it’s easy to see which areas have heavy rain, which ones do not. But if you need rainfall totals the maps aren’t accurate enough, you need to use the hourly and daily totals we have here at WeatherWatch.co.nz and RuralWeather.co.nz.
Cheers
Philip Duncan