Home > News > Weather for Sunday and early this coming...

Weather for Sunday and early this coming week 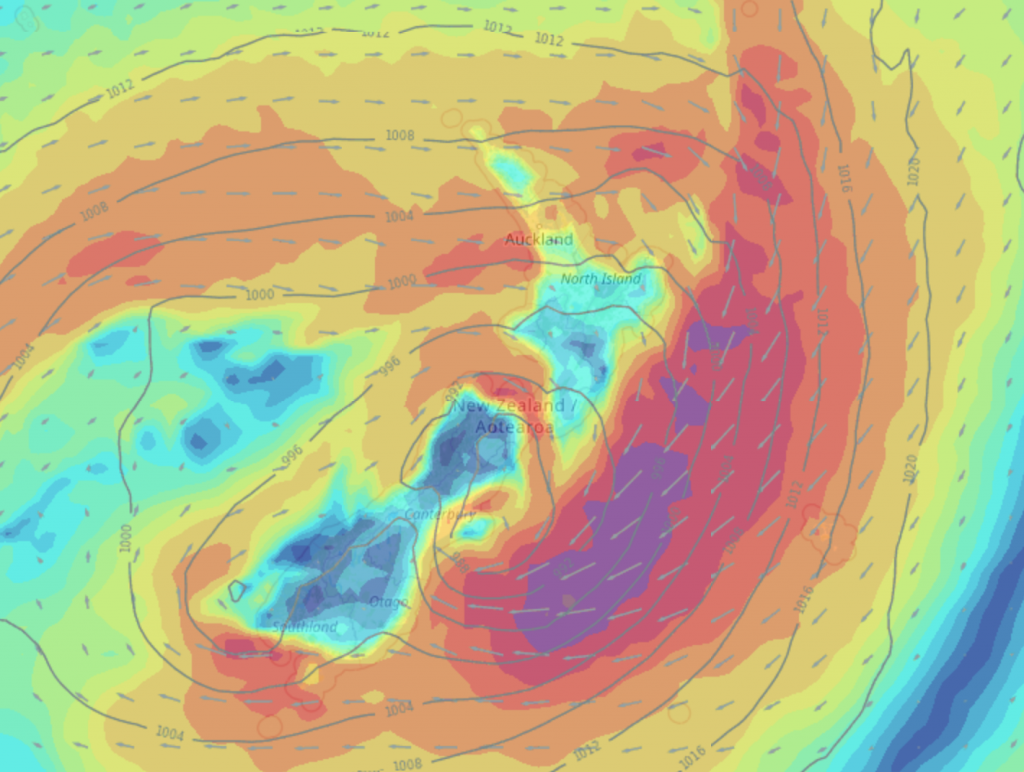 The far south of the South Island has some sun on Sunday, very heavy frosts to start the day inland. Light showers clear in the morning for Canterbury, rain about Nelson and Tasman eases to showers, clearing evening along with showers for Marlborough. Showers clear in the afternoon for Buller and the West Coast north of Hokitika. Snow furries to 300m for Canterbury, 400m for Marlborough and 600m about the Nelson ranges clear. Winds are fairly light in the east thanks to high pressure, the West Coast has easterlies which are drawn into an area of low pressure in the Tasman Sea.

Winds on Tuesday moving around the forecasted low look to be strong.

Brilliant heads up for the next couple of days. Happy to bank a touch of Vitamin D Sunday arvo. More puged paddocks this week. Thanks for the intell.