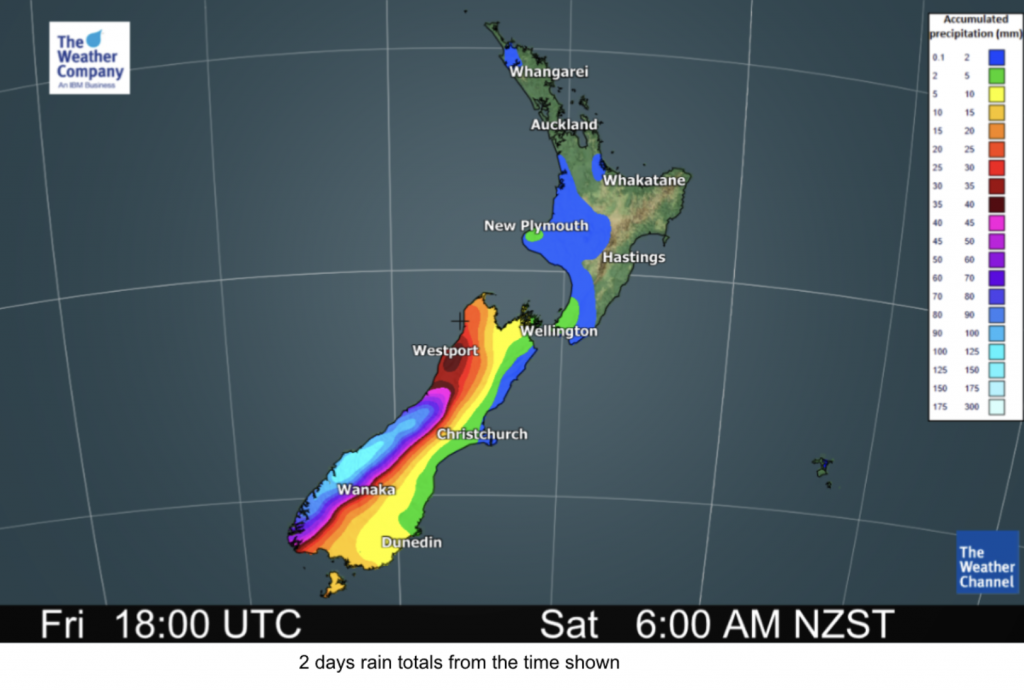 SHOWERS AROUND THE PERIPHERY

The airflow moving around a ridge of high pressure over New Zealand brings a few showers to Gisborne / East Cape, Coromandel northwards and then the West Coast south of Greymouth. Elsewhere enjoys dry weather.

Weather models have been pretty consistent lately, often beyond 4 or 5 days out models can change quite radically bringing various outcomes. But yes recently models have been sticking to the plan for the most part in terms of the high pressure that has hung around over us recently and the front arriving for the South Island on Sunday then how the airflow changes to the south starting from Monday next week.

Mid next week we get high pressure moving in and conditions become quite settled again.

FOG FREE IN THE EAST FROM SATURDAY – SOUTH ISLAND

Fog or low cloud should be gone from the eastern South Island by Saturday morning, Friday morning could actually be fog free too but there still appears to be the chance of some low cloud in some spots before clearing.

This weekend temperatures for the eastern South Island are nice and warm, getting into the late teens or early twenties.