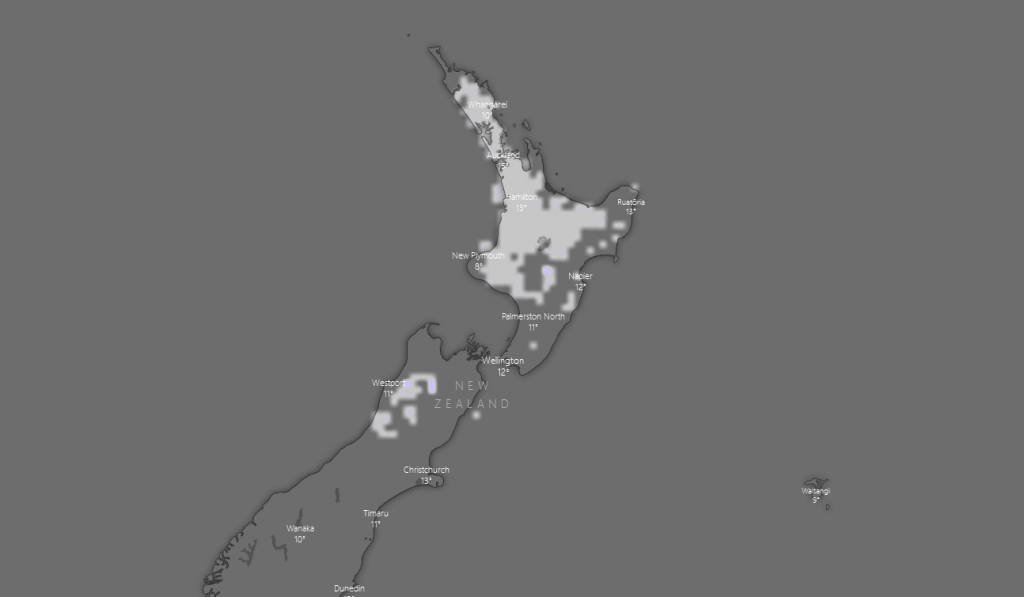 High pressure brings some settled weather today, mainly sunny with a touch of high cloud about. There is also areas of fog this morning for the North Island, these may move in again overnight.

Temperatures for eastern regions and much of the North Island will be in the late teens.

The West Coast is cloudy though with showers, rain for Fiordland is heavy for a time.


STRENGTHENING NORTHERLIES FOR THE SOUTH ISLAND ON FRIDAY

Northerlies strengthen over the South Island on Friday, heavy rain moves into Fiordland in the afternoon reaching Greymouth in the evening.

Expect another warm day for eastern regions and much of the North Island with temperatures reaching into the late teens.


COLD AIR MOVES IN FROM SUNDAY

Cold air starts moving into the eastern South Island on Sunday, and this means snow, possibly getting as low as 300m from morning in the south then further north through to southern Marlborough later in the day or overnight.

Monday through to Wednesday cold air hangs about the eastern South Island with snow around the 300m mark. Precipitation amounts are not heavy though so while snow is looking reasonably low it shouldn’t be heavy hour by hour. As we move into Kaikoura and southern Marlborough rain is more persistent on Tuesday and Wednesday but the snow level is a little higher, around 500m.