Weather headlines (x3) for Monday: Strong winds in the north, Unsettled week on the way, Any warm temperatures? 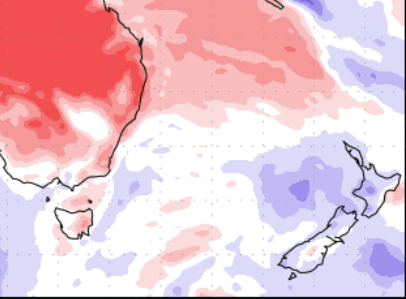 More details on watches and warnings from Metservice at this link here.


REST OF THE WEEK LOOKS UNSETTLED

Another unsettled week looks likely to be on the way with plenty of wet weather, the map below which is a “Precipitation percentage of normal” map for the next seven days shows most regions in white or blue colours. Basically this means the next seven days are looking average to wetter than average.

ARE THERE ANY WARM TEMPERATURES OUT THERE?

Tuesday sees highs for the North Island step up a notch lifting into the mid to late teens, the warmest temperatures will likely be about Hawkes Bay and Gisborne but Northland may achieve similar temperatures (17-18). Parts of the West Coast (Greymouth northwards) sees temperatures reach about 17 degrees.

The warmest spots this week will be the eastern North Island, it’s looking warm right through to Saturday with temperatures likely to be in the late teens, around 18 to 19 degrees.

Was wondering whether there will be any end at some stage with the constant lows nuking us this winter. This winter seems to be the most unsettled the past 6 years odd or at least it feels like that. Thanks for the updates and its appreciated as always.