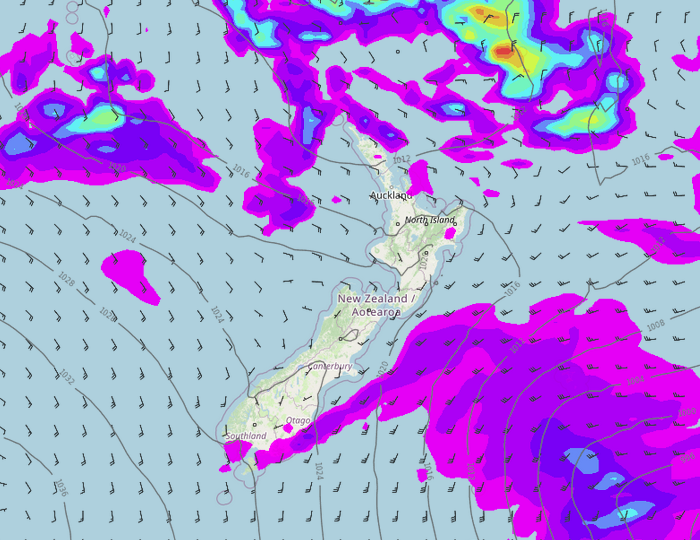 Here’s the outlook for Sunday as a colder southerly heads northwards.

A southerly airflow gradually spreads northwards over the country on Sunday, expect a few showers for the far south of the South Island. Canterbury northwards in the east has some sun then cloud thickens from afternoon and showers move in overnight. The West Coast has a mainly sunny day but Buller may have some cloud and a shower or two. Cloud for Nelson and Marlborough with the chance of a morning shower breaks to afternoon sun.

The eastern North Island has some morning rain, easing to a few showers in the afternoon which become more widespread overnight. A mix of sun and cloud for the western North Island but north of Auckland expect showers with southeasterlies, especially in the east.