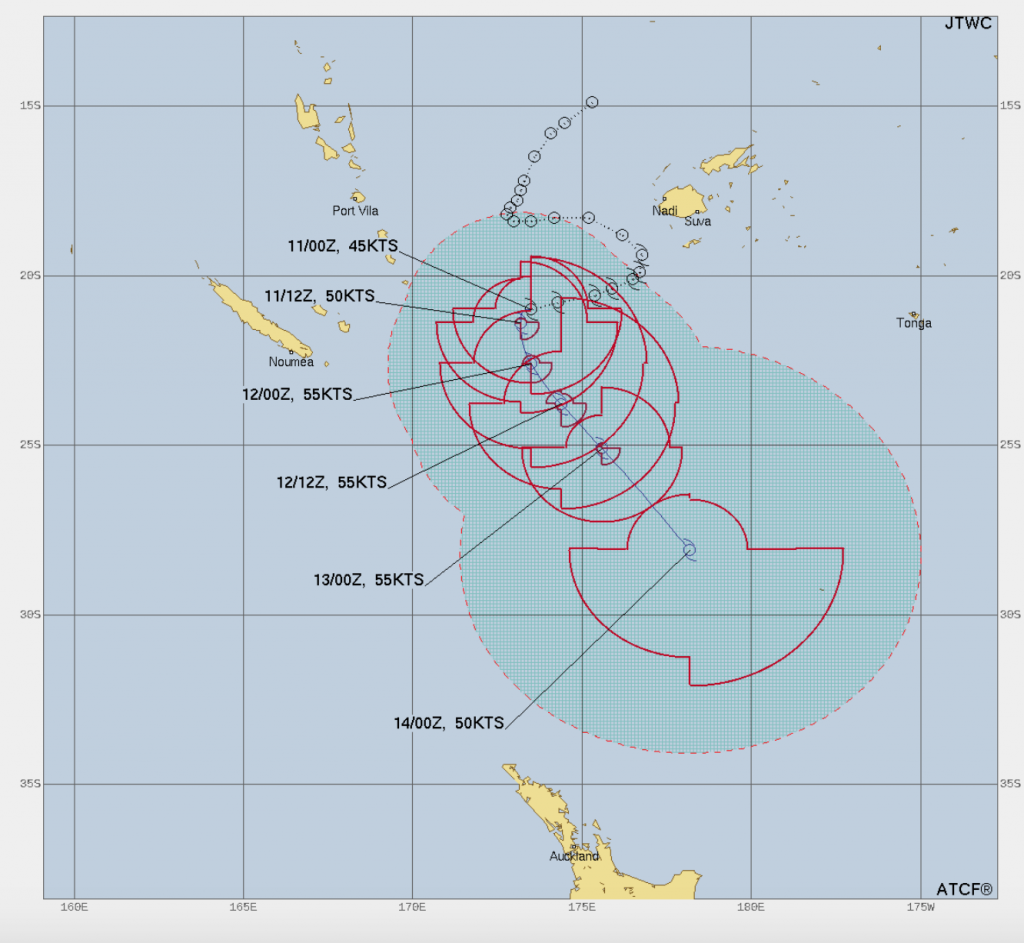 Settled then wet for the eastern North Island

Conditions are looking fairly settled till the weekend although we do have a few light showers or drizzle patches to deal with about eastern regions today and on Thursday, later on Thursday and into Friday a few showers may affect Auckland and Northland coming in from the east. Around the 16th or 17th of January what will be Ex Tropical Cyclone Cody moves into the North Island, this has a 60% chance of affecting the North Island in some way now. This could bring heavy rain to eastern regions especially, as is picked up in the rain departure from normal map below.

Tropical Cyclone Cody is now underway to our north. After some deliberating it drops down into New Zealand’s area of responsibility (i.e. MetService takes over from the Fiji Met Office, crosses 25S) this Thursday (tomorrow). The 16th and 17th of January will be the days to watch as this tropical depression may affect the North Island bringing strong winds and heavy rain. The eastern North Island may cop the wettest weather with very heavy rain possible. Please keep up to date with any watches and warnings MetService puts out in regards to this system as we move forward.