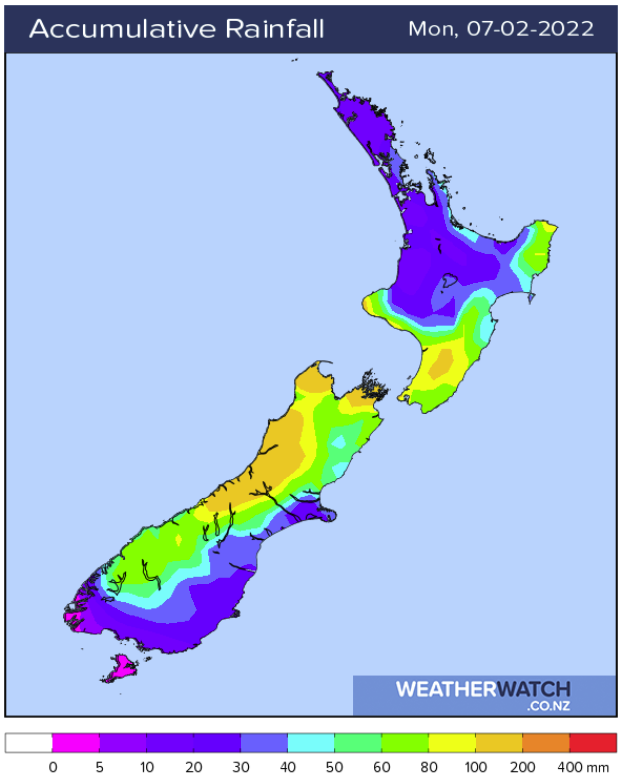 Heavy rain that has affected the West Coast this past week moves over central New Zealand this weekend, it’s a bit hard to place the exact positioning of a front lying over the area so there is potential for the upper South Island (Nelson / Marlborough) to be affected and / or the lower North Island today. It is a bit clearer that by Sunday morning decent rain does start moving off the upper South Island, onto the lower North Island then moves up the east coast.

The highest dew point temperature for the upper North Island possibly this summer will occur on Sunday, this will make the air feel more like Queensland or even the tropics. Dew point temperatures of up to 21 or 22 degrees are likely which is higher than the average dew point readings for Brisbane in February which is 19 degrees. Dew point figures for New Caledonia and Fiji are fluctuating around 23 to 24 degrees at the moment.

At this link here (which is for Auckland) click on the “Fog/Cloud” tab, find the dew point temperature (green line). Anything above 15C is getting muggy, a 20 degree dew point is quite tropical feeling.

Next week is more settled with high pressure

After the rough and tumble of the past weeks and this weekends weather, next week is looking calmer with high pressure mostly in control. Further out to next weekend a low may descend from the north bringing rain.