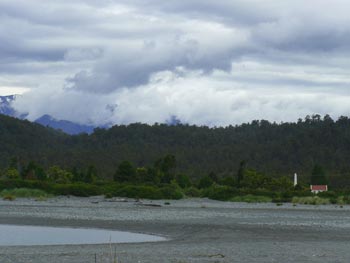 Weather headlines from here and across the world

Freda
Cyclone Freda appears to be heading south and not on course towards New Zealand. New Caledonia was hit overnight and should still feel the effects today and tomorrow.
The category four cyclone is expected to eventually move out into the Coral Sea and disappear.

Gales and heavy rain
Rain moved in overnight over part of the West Coast and winds have started to pick up again from the nor’ west across inland areas of the Mainland.
Heavy falls, thunderstorms and strong gales are likely in these areas today and tomorrow before a clearance on Thursday morning.

Northeast England
Further sleet, hail and snow showers in this part of England is causing issues for motorists as temperatures dropped below freezing overnight.Slippery roads are thawing very little even during daylight hours.
Much of Scotland is also experiencing an icy grip.

Colombian landslide
Rescue teams in Colombia have been searching for at least 25 people missing after a landslide cut off a road near the south-western city of Neiva.Five people were killed. The Colombian authorities believe at least six cars were buried under tonnes of mud and rocks.

Home image of a gloomy West Coast day by T.James