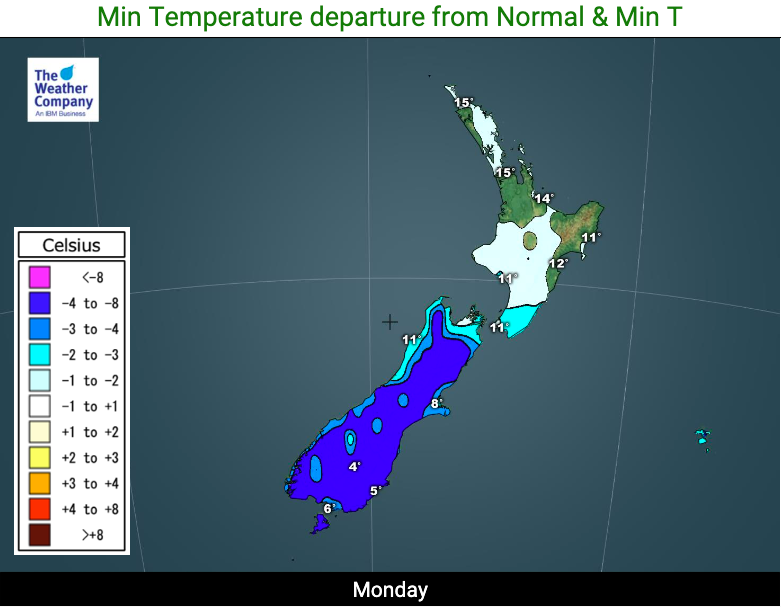 Sunday leans warmer than average for many places thanks to the wind flows, but a weak cold front will see temperatures drop ahead of a very slow moving high pressure system.

The next incoming high will take much of next week to arrive from south of Australia. Over Monday and Tuesday in particular it will bring a more southerly quarter airflow.

This means Monday will lean a bit colder than average in the South Island (and fairly normal in the North Island) then cooler into the North Island by Tuesday. Things warm up again later next week.

Monday night and Tuesday night will be several degrees below average in the South Island and inland frosts may even be possible on Wednesday morning (or at least near it).