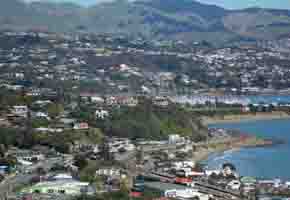 As some may have seen Christchurch and Timaru reached 25 degrees today, fantastic temperatures for late April. Many places around the country have been in the high teens or low 20’s today, the coolest places being on the West Coast of the South Island but still above the mid teen mark.

Tomorrow is set to mostly be a repeat of today, temperatures may not creep as high in the east but still expect a good one. There is the chance of the odd light shower sneaking into western parts of the lower North Island from afternoon but otherwise the north can expect a mostly dry day once again. The West Coast of the South Island is likely to get some rain.

Tuesday conditions become cooler for much of New Zealand as a front works its way north from early morning, northeastern parts of the North Island are likely to still have a good day with pleasant temperatures before the front arrives during the evening. It is not likely to be a very moisture laden front with lots of rain, but expect a few showers with it as it moseys on through.