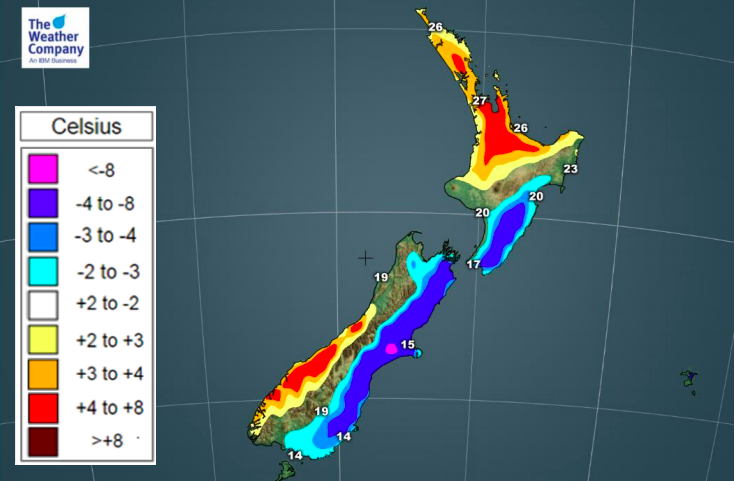 For many New Zealanders in the east this Waitangi Day will be colder than normal with temperatures down several degrees in some places thanks to a southerly change on the way – except for Waitangi itself which will be warmer than usual.

Yesterday and Tuesday are both hotter than average in a large portion of the country as high pressure drifts east of NZ allowing warmer winds. By late Tuesday and across Wednesday a colder airflow from the Southern Ocean will sweep up the eastern side dropping temperatures.

At the end of Tuesday temperatures will be lowering back to normal in Southland and parts of Otago then go below normal for Waitangi Wednesday.

In fact on Waitangi Day itself parts of Southland, Otago, Canterbury, Marlborough, Nelson, Wellington, Wairarapa, Manawatu, Horowhenua and Hawke’s  Bay will be a few to several degrees below normal for February 6th.

But not all will be cooler. Waitangi itself, along with all of Northland, will be warmer than average as will Auckland, Coromandel  Peninsula, Waikato, Bay  of  Plenty, King  Country and parts of the West  Coast.

In the maps below, the areas with colouring/shading have normal temperatures for this time of the year.

Despite the cool many places will be dry or fairly dry but cloud cover may be heavier for some in the east. Showers are most likely in the upper South Island and eastern North Island around Hawke’s Bay. 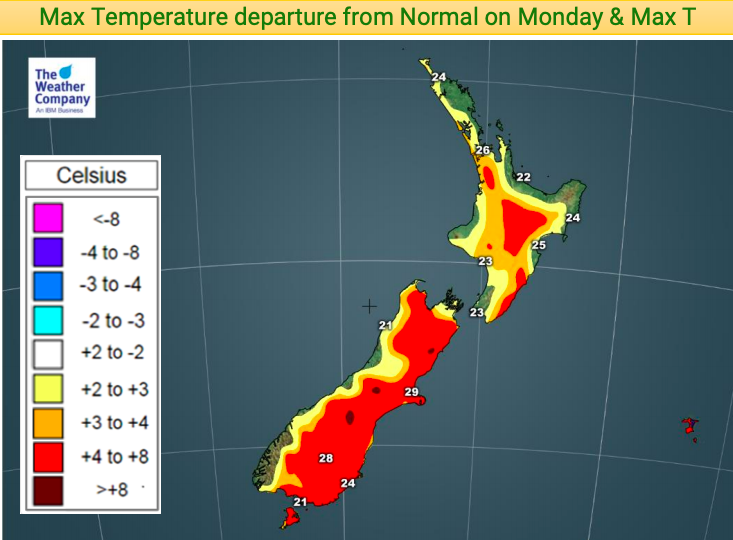 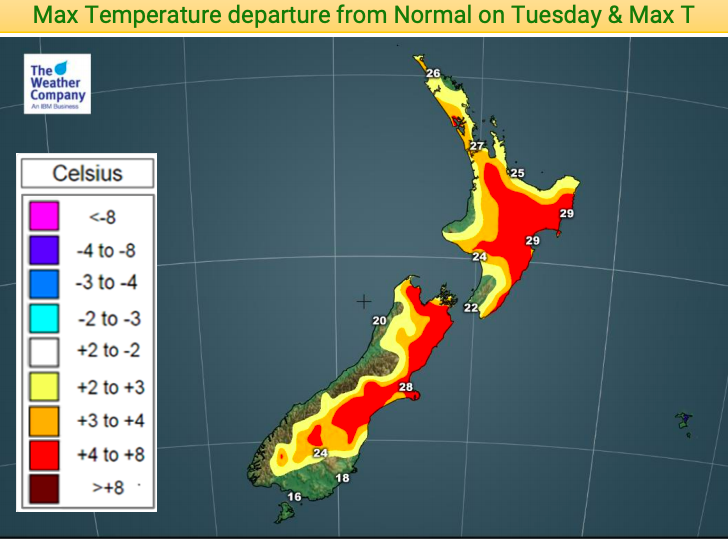 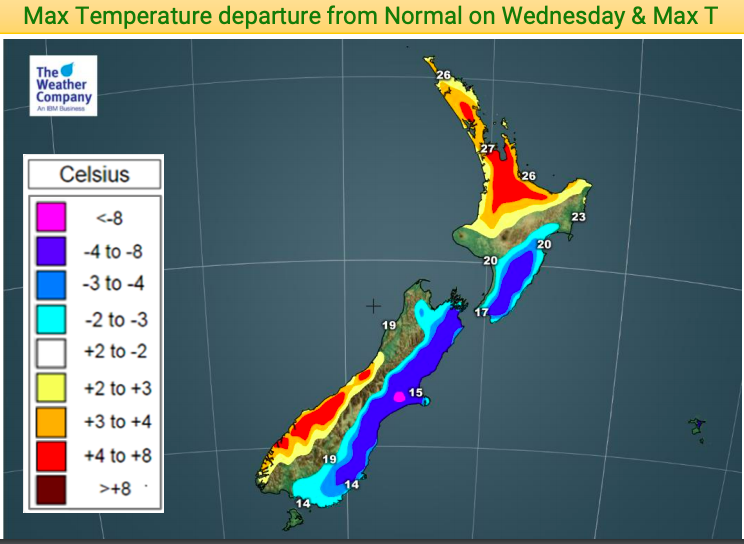 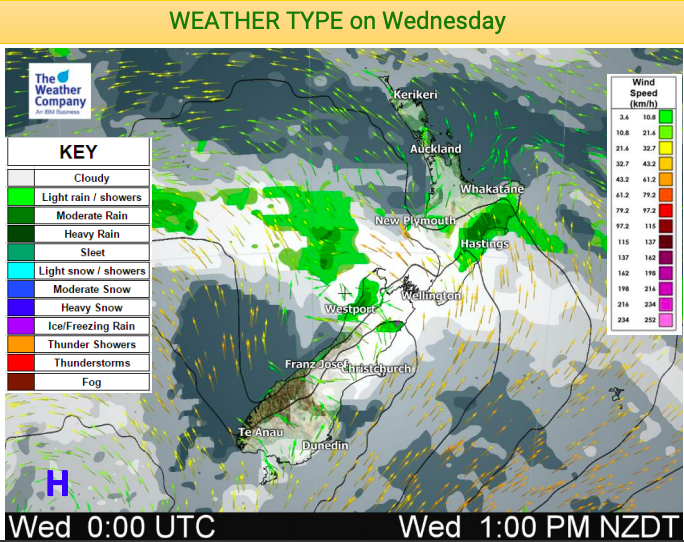