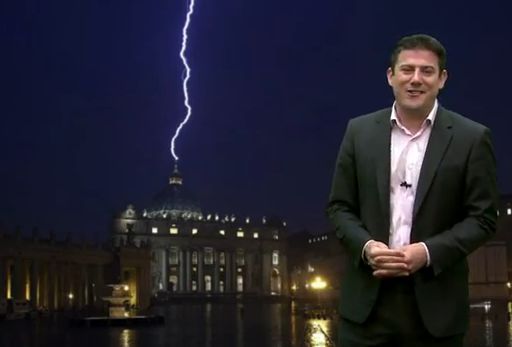 We also have video footage and a photo of a thunderstorm that appeared over Vatican City just hours after the Pope shocked the world with his sudden resignation.  They say lightning doesn’t strike twice – well yesterday it did, hitting the roof of the Vatican twice.

Lightning striking Vatican twice? Somebody sending a message to the Pope?