VIDEO: Windy westerlies this week, some places warmer than average 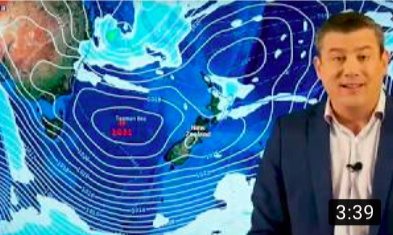 August is going out with a westerly theme which means some places will be warmer than average, others bang on average. Rainfall this week is lower but western parts of the South Island have normal rainfall.

By the end of this week high pressure grows around NZ with a calm start to next week likely.

However weâ€™re also tracking a sub-tropical low this weekend in the Tasman Sea which, early next week, may clip northern NZ. After that, it looks like more spring-like westerlies may be on the way.