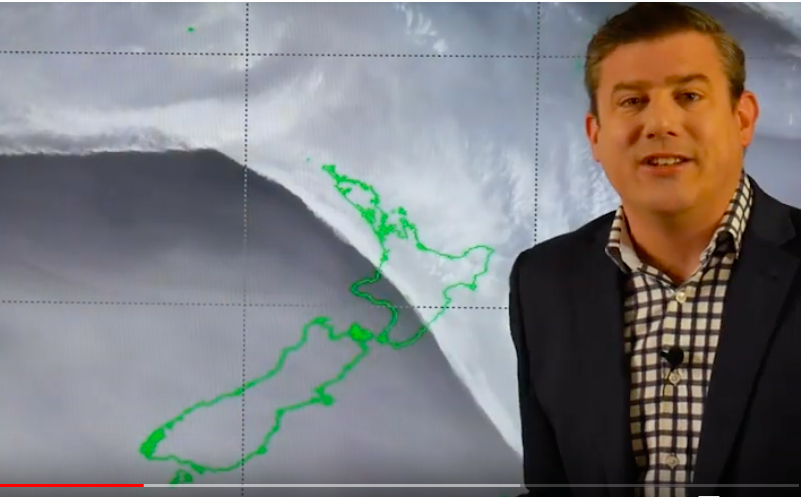 A front has weakened and stalled over the upper North Island leaving behind cloud and showers for the next day or two ahead. Many other areas are a little cooler today but that will change again this weekend as sub-tropical north to north west winds develop and kick in even more on Sunday.

By Monday a band of rain again moves up the country with some heavy falls on the West Coast (not a repeat of what we had this week but still may be enough to prompt a rain warning).

Like this weekâ€™s front it will weaken later in the day as it moves into the upper North Island – but more relief is possible here and there across the North Island on Monday. Beyond that high pressure again returns and dominates NZâ€™s weather until the second week of April.