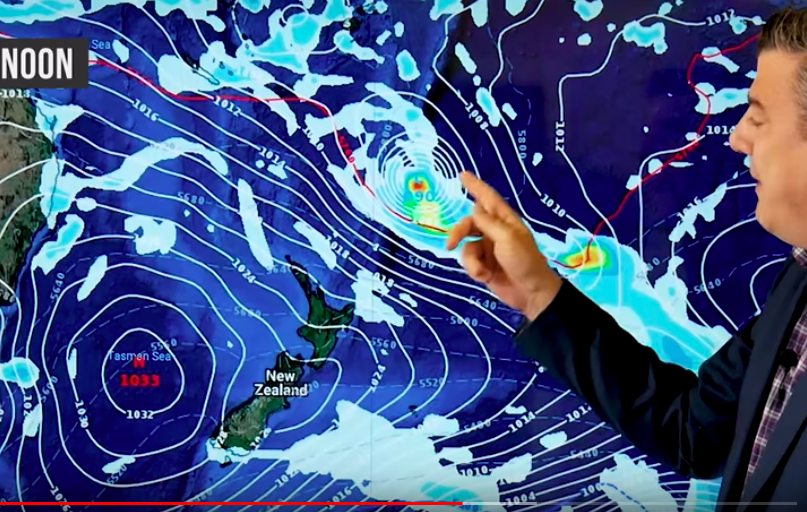 WeatherWatch.co.nz is monitoring two areas of concern that may produce more cyclones. The first has a moderate to high chance of forming in the next couple of days east of Fiji at sea (not heading to Fiji but instead tracking SW towards New Zealand).

This storm, regardless of if it makes a technical tropical cyclone status, will likely come closer to NZ than Oma did and while it poses no direct threat it may churn up some of our beaches in the north. Following that another storm may form well north of Fiji (again not impacting Fiji directly) and may be one to monitor as we head into the second week of March.

But the NZ area looks set to be smothered by high pressure for another 10 days, perhaps after that a chance of a rainmaker. Southern NZ and the West Coast gets some rain on Wednesday as another cold front moves through briefly.

Not possible to get a true warm core cyclone around nz…..water too cold…just a storm of tropical origin
QUEENSLANDER

Not possible at this stage unless the sea really heats up around nz to get a warm core cyclone……..just a storm of tropical origin….