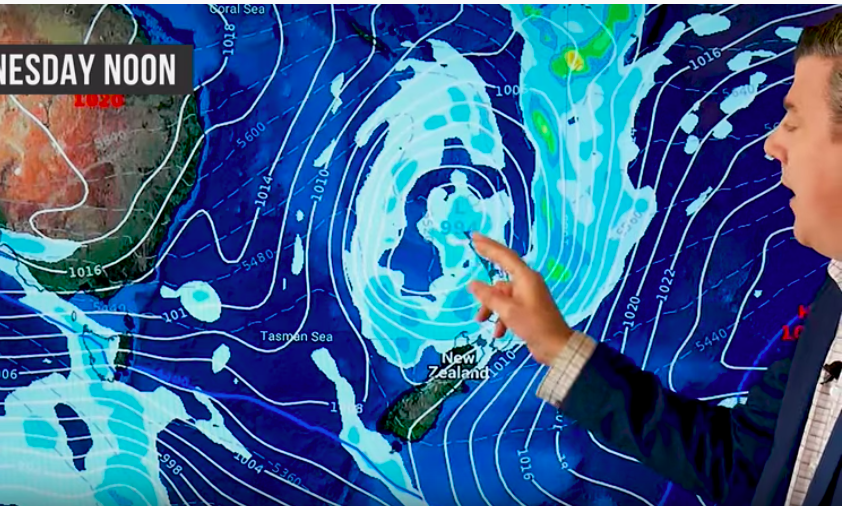 A low just north of NZ is deepening today and combining with a sub-tropical airflow. Later on Tuesday rain moves down from the north and reaches Auckland later in the day.

There may be some heavy falls overnight and into Wednesday as the low moves closer.

By Thursday it will be stretching down across the country and starting to weaken and move away later on.

Itâ€™s then followed by a more classic spring-like change to colder southerlies on Friday then westerlies this weekend with another smaller low tracking in from the west. We take a look at the forecast through until Saturdayâ€¦