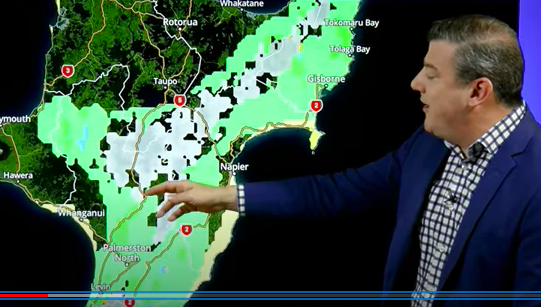 We have a detailed look at Monday’s set up as peak cold crosses over the country, but it’s ahead of a milder Tuesday and Wednesday on the way.

Christchurch has finally had a few light snow flurries this morning and the peak of the cold (as of 9am) was reaching Northland, while peak southerly winds were moving up the eastern North Island.

We’re not done with the cold though – another surge of colder air (not as intense) moves in this Friday and Saturday – but between now and then NZ does have a westerly warm up coming.