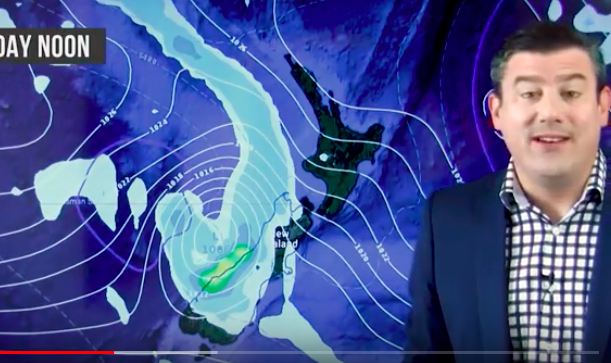 Warmer norâ€™westers are moving up New Zealand and most places will enjoy warmer than average temperatures at some point this weekend. Blustery norâ€™westers will also push into the eastern side of the country and central New Zealand (especially the upper South Island).

Heavy rain on the West Coast may prompt rain warnings.

Next week high pressure dominates New Zealand but the remnants of an out of season early tropical cyclone may dirft our way towards the middle to late part of next week.

Speaking of tropical storms, in the Northern Hemisphere Typhoon Trami is nearing Japan and is expected to cross the nation quickly later this weekend and into Monday. The storm is very serious but will be weakening as it reaches mainland Japan.