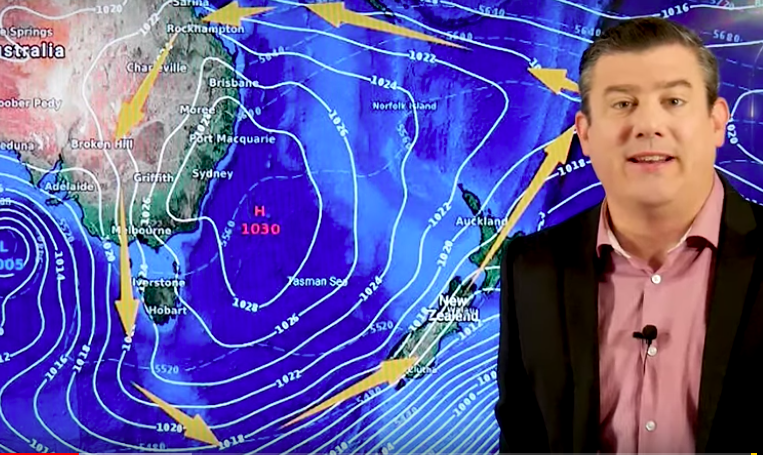 A huge high from Australia is about to affect our weather until early next week but itâ€™s not all plain sailing with some showers in the forecast and a few subtle wind direction changes.

Generally speaking this enormous high (which is over 9000kms wide from east to west) is already moving in and will bring settled weather, cool nights and mild days for the next several days.

The high wonâ€™t depart NZ until early next week. Some rain and showers will still impact the West Coast with a few showers on Thursday and perhaps Friday moving into the western North Island as well.