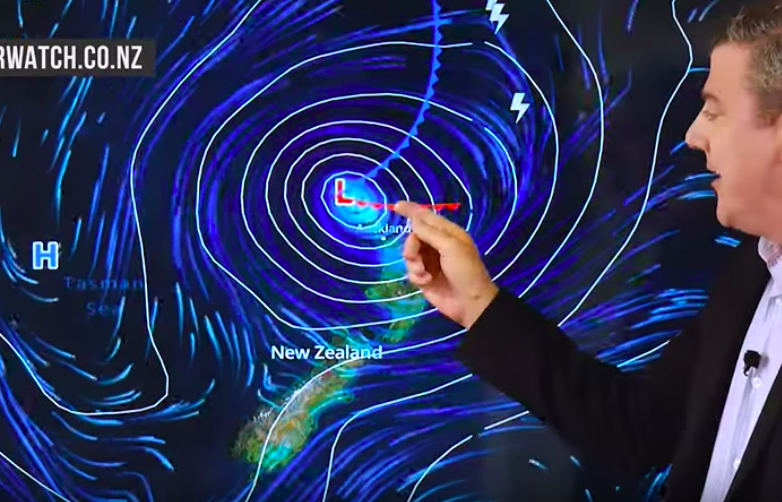 More wind and rain today for parts of the North Island with some heavy falls lingering in the upper North Island and spreading down the eastern side as far south as Wairarapa.

Gustiest winds now move to the lower North Island although with the centre of this large low stuck over Northland it may still be a little windy at times around Auckland and Northland and eastern Waikato.

On Wednesday a windier SW change moves in and by Thursday the low is gone – with westerlies returning nationwide by Friday and into the weekend.