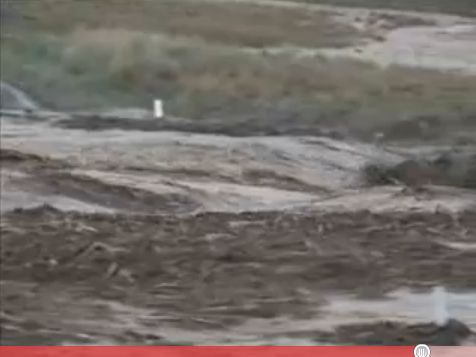 WeatherWatch.co.nz reader Nigel Murphy sent the following video in to us to share with other readers.  It’s from YouTube user rf1smith.

If you’ve seen a cool video on YouTube – send us the link using the Contact Us form at the top of the page.

Kellick Creek is just outside the town of Merriwa in the Hunter Valley Region of New South Wales, Australia. This type of flood is an extremely rare event and was a result of approximately 125mm of rain in 30 minutes which fell about 5km upstream. The country had been in the midst of a major drought and groundcover was somewhat sparse.

The people filming were at the location somewhat by chance as they went for a drive to look at the effects of the rain immediatley after the storm. They had just turned to go home when they saw the water coming down the creek.

My grandfather, who is the older gentleman in the video could not recall seeing anything quite like it.