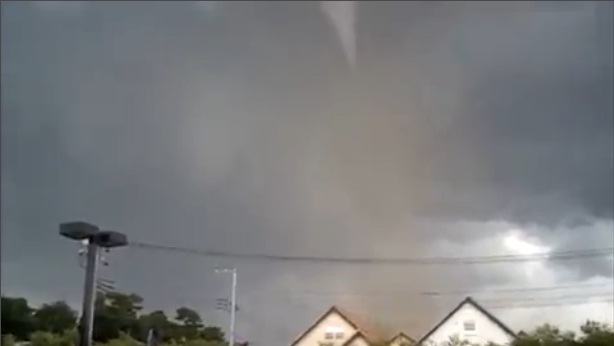 A warehouse had been lifted from its foundations and hurled into other buildings.

A total of 63 people were injured and about 110 houses were totally destroyed or partly damaged in Koshigaya and surrounding areas, a spokesman for the Saitama regional police said.

One of the injured was in serious condition with a fractured skull.

An AFP journalist in the city saw roof tiles scattered all over the streets, with locals outside inspecting their battered homes and emergency vehicles at the scene.

Residents were being prevented from re-entering their houses for fear of collapse.

Some electricity poles had been snapped and a number of them had hit houses as they fell, worsening the damage.

Jiji Press agency said seven female students from a local middle school’s volleyball and badminton teams were injured when a section of the gymnasium’s roof flew off and glass windows were shattered. 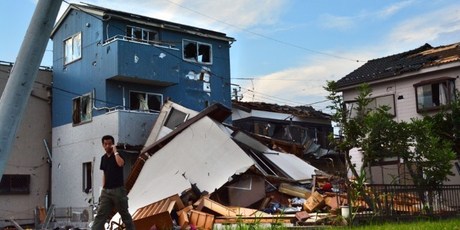 “We are preparing evacuation shelters, while also readying emergency supplies,” said an official at the city’s fire department.

The electricity supply was cut for about 33,000 households in the region, mainly in Saitama prefecture, probably after lightning strikes, according to utility Tokyo Electric Power which provides power in the area.

“Weather conditions in the region today have been very unstable,” said a meteorologist at Japan’s weather agency.

“In flatter parts of the region particularly, warm, wet air can come inland and spark tornados. This is especially the case when there is a typhoon developing in the south,” he said.