Home > News > VIDEO: Is a heatwave coming for some par...

VIDEO: Is a heatwave coming for some parts of NZ? 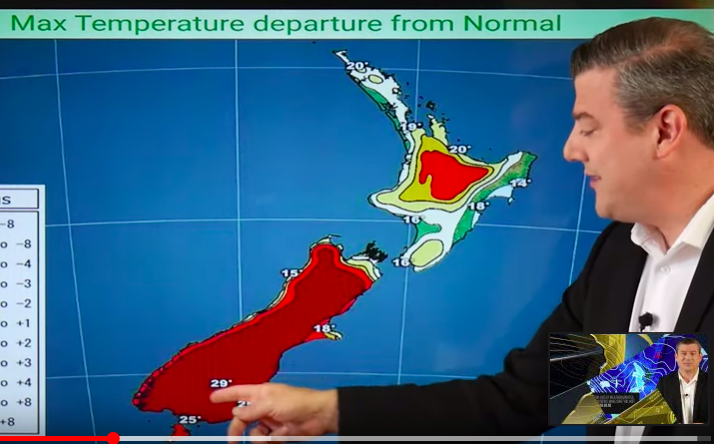 We have temperatures about to soar into the late 20s and even early 30s in some pockets – could this be a heatwave? NZâ€™s MetService defines a heatwave as being 5 degrees above normal for more than 5 days.

There may well be some pockets of the North Island and maybe upper South Island that could be contenders for this. In fact temperatures will be over 10 degrees above normal this week in some southern regions with warmer weather running into next week too.

However a cool change around Tuesday and Wednesday, mainly around the South Island, may through some regions out of technically making it into a heatwave.

Either way, things are warming up for many – especially inland areas and those in the east.