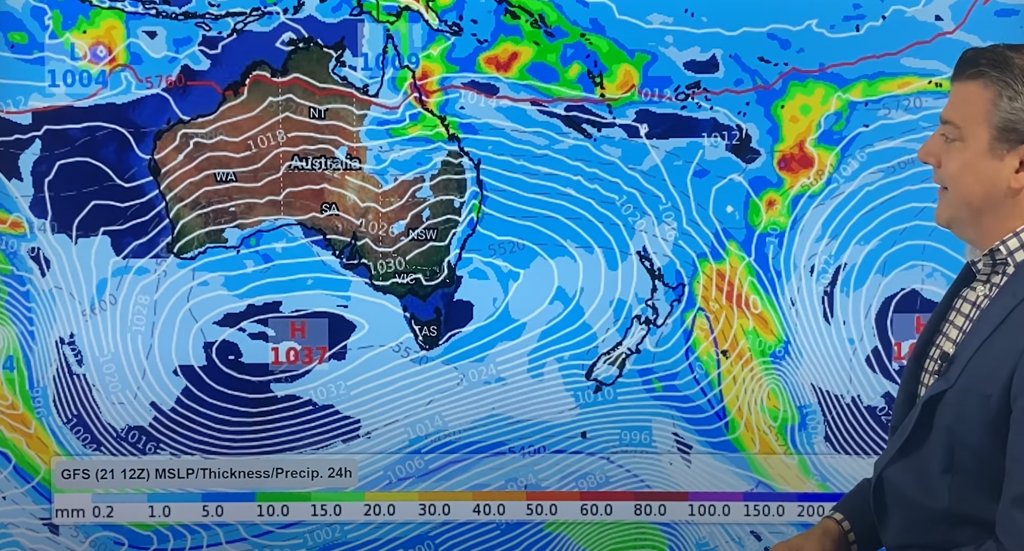 We have the forecast across both NZ and Australia for the next week ahead, including NZ’s long weekend for Anzac.

An enormous high pressure zone – nearly double the width of Aussie – is moving into Tasmania and then on to NZ next week.

It brings a cooler change to NZ this long weekend (nothing too major though) and helps to carry on the big easterly flow right across Australia.

The centre of this high won’t reach NZ until the middle to later part of next week – with a chance of frosts in some regions.

Interesting looking at the surface pressure maps, both current and forecast – there appears to be an almost continuous belt of high pressure completely circling the globe at our latitude. If this remains as it is the southern ocean storms will be blocked for months to come, also the subtropical airflows will cease. This will leave NZ in a “groundhog day” type scenario of reasonably dry air with very intermittent breaks for small cold fronts inbetween the vast high pressure systems.
Even over previous years, this seems unprecedented.