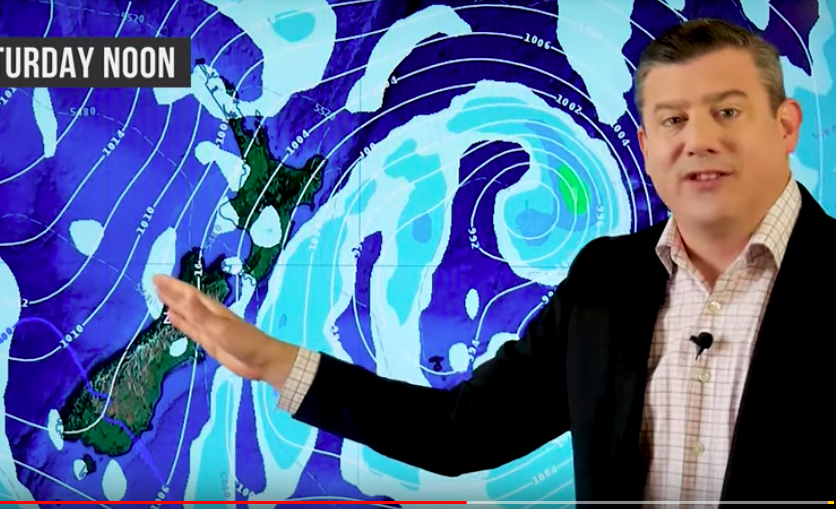 A weak but large area of low pressure is transiting over the North Island today and brought some early calm and foggy areas to Auckland and Waikato.

On the eastern side if the island this system is driving in rain to dry Hawkeâ€™s Bay and also into Wairarapa too.

We have the latest 3 day rainfall totals for New Zealand as well as a closer look at the rainfall in the eastern North Island up until midnight tonight.

Meanwhile the warmer than normal afternoons in most parts of the country this week will give way this weekend to colder south to south west winds, with the coldest air peaking on Sunday and Monday, mostly over the South Island.