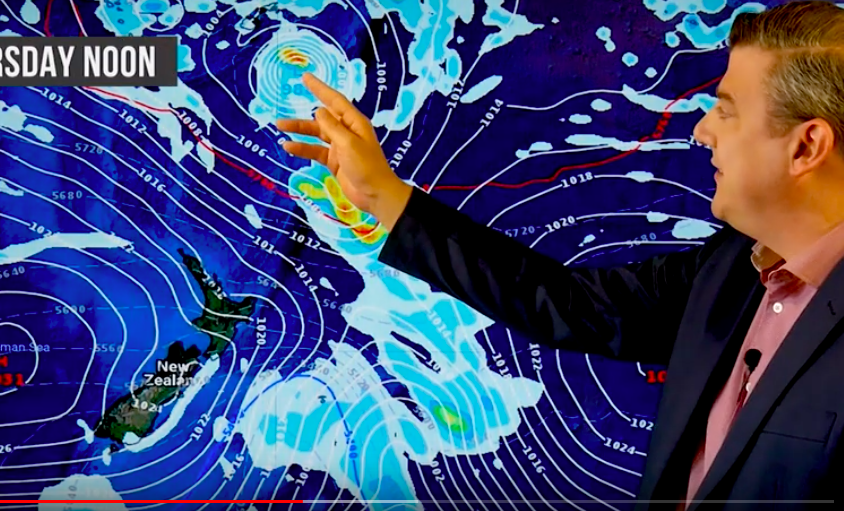 Another cyclone has former, this time to New Zealandâ€™s north east and east of Fiji. Cyclone Pola is a Category 1 storm that will likely strengthen to Cat 2. However, just like with Cyclone Neil two weeks ago, Pola is tracking south away from the tropics and over cooler waters – so wonâ€™t be lasting too long.

Tonga will be skirted by Pola and those on the island should be closely monitoring, but latest guidance shows the storm further at sea than Neil. Pola is strengthening over the next 24 hours, then should weaken again the following day(s).

Meanwhile in New Zealand today we have another cold front moving in from the Southern Ocean bringing a burst of heavy rain to the southern half of the West Coast and some spillover into Southland and Otago.