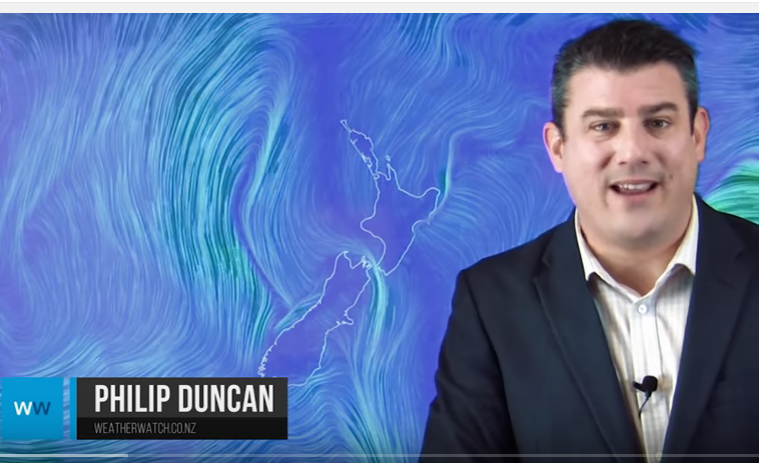 A large low moving in from the Tasman Sea this Friday will take until next Monday or Tuesday to clear the country.

While Wednesday and Thursday see mostly dry weather, there may be a couple of coastal showers around the northern fringes

By Friday a northerly quarter wind kicks in over the South Island and lower North Island (it may reach gale force at times if more NW and inland) but likely winds will remain below damaging.

The North Island starts off calm on Friday with possible fog, but the norâ€™westers arrive later there too.

Saturday is wet and windy over the North Island while the South Island sees lighter winds and dry spells increasing.

By Sunday a colder southerly is moving in – and the country has a messy forecast of showers and dry spells, wind and calm.

Monday is when the southerly flow affects the entire country with showers easing as the low drifts east out over the Pacific Ocean.