Video: Big high moving in for the week ahead 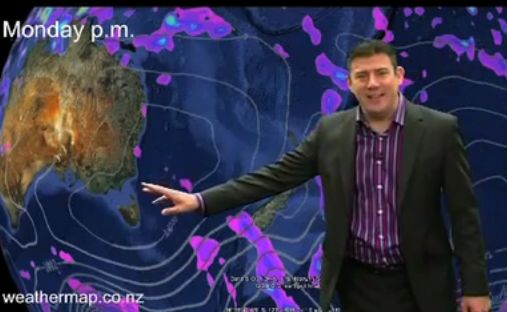 It’s been a while since we’ve been able to say settled weather coming but that is the forecast, generally speaking, for the next five to seven days as the rain clouds mostly clear and the winds mostly ease.

You’ll note we’re using the word “mostly” – that’s because on the edges of the high – far north and far south – clouds and winds will blow in from time to time.  A weak front is also going to try to attack the deep south, but is unlikely to bring much apart from some showers to Southland and Otago – and only a moderate chance of it reaching Canterbury.

These videos are made by nzherald.co.nz – to send them feedback please click here