Victoria University issues a warning from a warming ocean 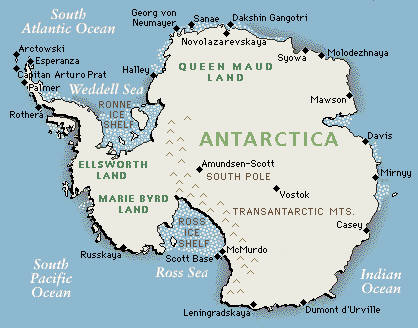 Dr Nick Golledge, a senior research fellow at Victoriaâ€™s Antarctic Research Centre, alongside a team of scientists from Victoria University, GNS Science and the University of New South Wales in Sydney, is trying to understand the way that the Antarctic ice sheet responds to ocean warming.

Together they used sophisticated ice sheet and climate models to recreate the Antarctic ice sheet as it came out of the last ice age, when both the ocean and the atmosphere warmed quickly.

The results, published by the online journal Nature Communications (http://bit.ly/1roi2vM), suggest that oceanic changes might trigger a significant shift in the stability of the Antarctic ice sheet, which Dr Golledge says could lead to an increase in global sea level.

Using geological data to verify their model results, they found that when the ocean around Antarctica became more stratified, or layered, warm water at depth melted the ice sheet faster than when the ocean was less stratified.

A dramatic example of this process occurred around 14,000 years ago, and led to an abrupt rise in global sea level of nearly three metres over just a few centuries. Dr Golledge says current oceanographic observations around Antarctica show the ocean is once again becoming more stratified.

â€œAt the surface the water is getting colder and less salty, with more extensive sea ice occurring in some areas. But the deeper ocean is warming, and is already accelerating the decline of glaciers such as Pine Island and Totten,â€ he says.

â€œWhether the ice sheet will react to these changing ocean conditions as rapidly as it did 14,000 years ago is unclear, but with 10 percent of the world’s population living less than 10 metres above present sea-level, this study highlights the need to better define the complex relationship between Antarctica and the Southern Ocean.â€