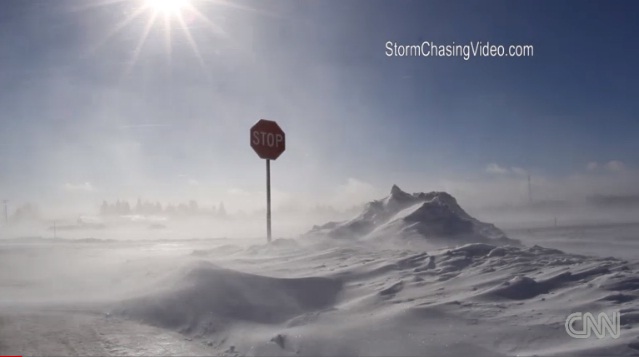 A winter storm is bringing snow and ice to a broad swath of the South, where snow plows and salt trucks are nearly as rare as bikinis in a Minnesota winter.

And while Northerners may laugh at their Southern friends’ panic over a dusting of snow, the threat is real: With few resources to battle snow and ice, public works crews may have a difficult time keeping up with any significant accumulation.

Add to that the fact that millions of Southern drivers aren’t used to driving on snow or ice, and things could get tricky fast.

“I’m asking everybody, I know it’s going to be pretty if we get snow; it’s monumental; it’s great,” Montgomery County, Alabama, Commissioner Reed Ingram told CNN affiliate WAKA. “But do not get out there and ride in it.”

It’s not just the South is shuddering. Midwesterners and others more accustomed to bitter weather are, too.

All told, about 140 million people in 34 states are under some sort of winter weather warning or advisory, from snow and ice to bitterly cold wind chills, according to CNN meteorologist Brandon Miller.

And, of course, air travel turned into a mess across the country.

Here’s what is going on across the country:

Sleet and freezing rain began falling early Tuesday in East Texas, along with Louisiana the first area to be affected by the winter storm.

But what had been a winter storm warning in the Houston area was downgraded early Tuesday to a winter weather advisory.

Still, Houston shut all public services not related to public safety, and the city’s school district — the state’s largest — was closed.

New Orleans and its suburbs could get a half-inch of snow and ice by Tuesday evening, forecasters said. Parishes farther north could see 3 inches, with temperatures plunging into the single digits on Wednesday, the National Weather Service said.

“This town is shutting down” on Tuesday, New Orleans cab driver August Delaney said Monday. “Some bridges are going to shut down. Schools are closed. We are not going to put our kids on school buses.”

Mayor Mitch Landrieu declared a state of emergency and warned residents to remember what happened when temperatures dipped toward the freezing mark less than a week ago.

“We had bridges that were frozen over,” he said. “We had accidents on those bridges, a fairly large pileup on the Green Bridge. Sometime not long ago, when they had a similar event, there were a thousand crashes, and there were fatalities, and we want to make sure that we avoid all of that.”

State officials say that 4 inches of snow could fall in south-central Mississippi, and the Gulf Coast could see three-quarters of an inch.

“We’re looking at a part of the state that has a large number of pine trees,” Latham said. “I can tell you that as ice accumulates on pine trees, limbs will break. Trees will fall. Power will be out.”