USA – Watch as twister touches down in Kansas (VIDEO) 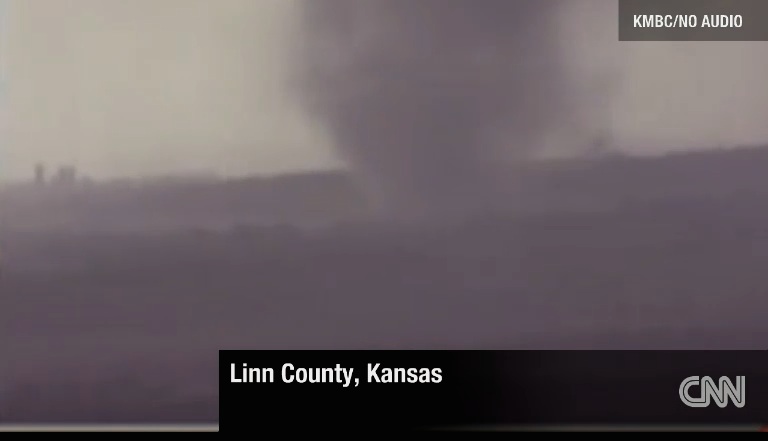 Southern and Midwest States of the USA are currently on high alert as deadly storms threaten millions of people through the so-called “tornado alley”.

About 3 million people in the South and Midwest are under a moderate threat for severe weather Monday (Tue NZT), CNN meteorologist Indra Petersons said. About 24 million are at slight risk of severe storms, she said.

Watch footage from KMBC’s News Chopper 9 when a tornado touched down in Linn County, Kansas.