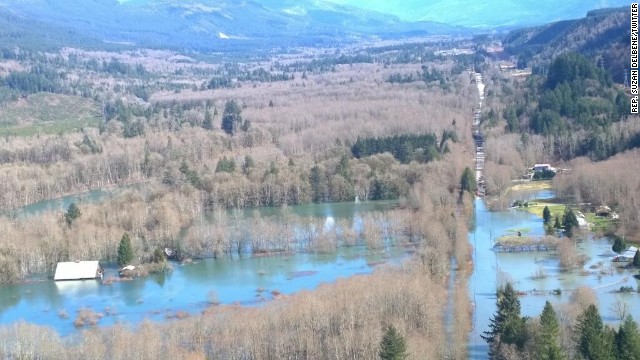 But that doesn’t mean all of them were killed in Saturday’s disaster north of Seattle, Snohomish County Emergency Management Director John Pennington said.

The official death toll remains at eight with seven others hurt, he said.

Until Monday, the number of people unaccounted for was reported to be 18.

The landslide covered about a square mile and was caused by groundwater saturation tied to heavy rain in the area over the past month. It affected the towns of Oso, a remote community of about 180, and Darrington, a town of about 1,350.

Pennington said the slide over a weekend made it more of a challenge for rescuers since more people were apt to be home than on a weekday.

The affected area includes 35 traditionally built houses, 13 manufactured homes and RVs, and a cabin, Pennington said at a news conference. About half were occupied full time, while some others were vacation homes. 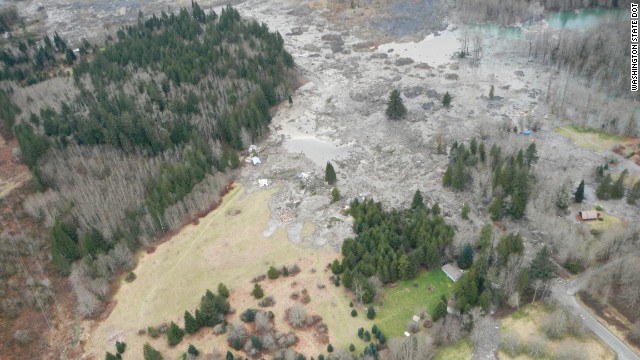 Victims could also include “contractors and other workers” in the neighborhood as well as others who were “driving by,” he said.

“Total devastation. I mean, it’s just unbelievable. It reminds me of what a tornado looks like when it’s touched the ground,” Snohomish County Sheriff Ty Trenary said.

At one point, he pointed at a pile of muddy rubble.

“You can tell from the debris this appears to be part of somebody’s kitchen, the inside of the house,” he said.

Trenary said rescue crews worked both sides of the slide. Authorities also used helicopters to try to identify heat signatures, or people who may have been able to get free, he said.

But such work is complicated.

While there’s a tremendous effort to rescue people who may be trapped, Snohomish County Fire District 21 Chief Travis Hots said Sunday that the rescue operation must be focused on keeping responders safe because the area is highly unstable.

The mud flow is like quicksand, he said. The landslide is 15 feet deep in some places.

Hots described the ongoing operation as an “active rescue,” not a recovery effort.

Caroline Neal hopes her missing father, Steven, 52, will still be rescued. He’s a plumber who was on a service call when the land gave way.

“My dad is a quick thinker, and he is someone who takes action in an emergency,” Neal told CNN affiliate KING. “If he had any warning at all, we just have to think he is somewhere and he’s safe and they just can’t reach him right now.

On Saturday, rescuers dug through the rubble while survivors cried for help underneath debris.

Rescuers heard voices around 11:30 p.m. and considered trying to reach the possible survivor or survivors, but “the mud was too thick and deep,” Hots told reporters, and rescuers had to back off.

“Mother Nature holds the cards here on the ability of ground personnel to enter the slide area. It is essentially a slurry,” Washington Gov. Jay Inslee told reporters Sunday.

He called the rescue operation “aggressive.”

“Every human endeavor … is being explored here to rescue and find their loved ones,” the governor said.

Inslee added that some rescuers had gotten “caught … up to their armpits” in the slide and “had to be dragged out by ropes.”

John Lovick, a county executive, addressed a reporter’s question about whether voices were still being heard.

“We were told that there were noises in that area,” Lovick said, stressing that fire chief Hots had decided that it was “too risky” to place rescuers in that area. “We are not hearing any reports of people hearing voices today or after last night.”

Inslee said he received assurance from Federal Emergency Management Agency officials Monday morning that assistance is on the way. 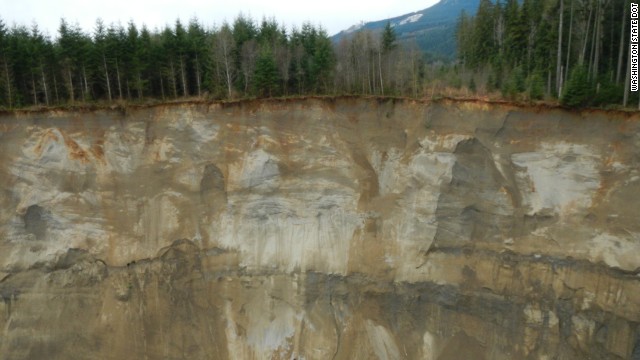 FEMA Regional Administrator Kenneth Murphy told the governor in a phone call that he was providing a “verbal emergency declaration” that will allow for immediate federal assistance, the governor’s office said in a news release.

As of Sunday evening, Harborview Medical Center spokeswoman Susan Gregg told CNN the hospital was treating four patients in the intensive care unit — a 6-month-old boy, and three men, 37, 58, and 81. A 25-year-old woman was also reported in satisfactory condition at the hospital.

The landslide cut off State Road 530 to Darrington. Part of the Stillaguamish River also was blocked, and residents were warned of possible flooding both upstream and downstream of the collapse.

The Washington State Patrol provided photos that showed floodwaters and sprawling debris covering a rural patch of the road, framed by woodlands and snow-capped mountains.